The Worst That Can Happen Is Nothing 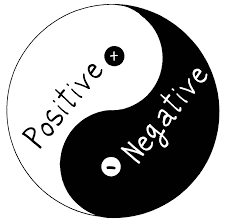 Of course a parent’s primary concern is the safety and well-being of their child, so often the first question we are asked when a parent contacts us is, “Is this program safe for my child”. The answer is an absolute yes. The Berard method of Auditory Integration Training is a safe and non-invasive therapy.
I have been a Berard AIT practitioner for over 20 years and in that time I have not had a single client report any long-term negative side-effects of having done the program. There have been reports from other practitioners where a client reported that the AIT had caused extreme anger or abreactions, but in each case there was a bio-medical cause that was later identified as the cause of the unexpected change.
Some clients have reported some short-term reactions during the program such as irritability, increased tantrums, and tiredness, but these are all reactions that are actually a good sign. It means the brain is working, much the same way a student might become tired and irritable when studying extra hard for an upcoming exam. Either way, these reactions will resolve over time as improvements also continue.
Some parents report that their child becomes more confident and assertive after completion. Over time confidence and assertiveness is expected with improved brain function. When this happens the child may need help learning to temper their enthusiasm which, in some cases, can be mistaken for defiance or disobedience.
In life, everyone has an ax to grind, including me, Sarah Gewanter. My ax is that after doing AIT for over 20 years, practicing psychotherapy for 30 years and that AIT has been an evidence-based proven program for over 50 years, there are still those that challenge the efficacy of AIT.
In spite of all the ups and downs, much money spent on legal expenses, etc, we wouldn’t stop doing AIT for the entire world. My husband and I have no regrets. If you know anyone who says they have had any negative attitude towards AIT, I invite you to give us their name and contact info so that we can engage them in a meaningful discussion regarding the facts of Auditory Integration.
Warm regards, Sarah Gewanter, MSSW, Adjunct Professor, Retired.